The Lord of the Rings is the story of an epic quest to destroy the one ring, an evil artifact created by the dark lord Sauron that threatens to destroy the free world. It is a deeply touching story, focusing on themes such as bravery, friendship, determination, etc. One thing that many fail to notice, however, is the story’s strong environmentalist message. Whilst the line between good and evil is very obvious in the story, the conflict between the two sides also occurs on a far deeper level. On the on side, we have the “free peoples”, which includes a variety of different cultures, all of them sharing a respect for nature. And on the other side, we have the “dark forces”, those wishing to conquer Middle Earth through war and industry.

One of the more obvious ways this contrast can be seen is through each side’s relationship with the environment around them. The elves, for example, have a deep love of all things natural, and as such they choose to live symbiotically amongst other living things. They construct their homes around existing trees, and are careful not to disturb the local wildlife.

Saruman, on the other hand, destroys the trees of Fangorn Forest that surround his fortress of Isengard. To him, the trees are his to do with as he wishes, and he therefore has them cut down to be used as fuel to power his furnaces. These trees turn out to be sentient beings known as “ents”, and the sorrow that Treebeard feels when he realises they have been cut down further reinforces the idea that trees are beautiful creatures that should be respected.

It is easy to draw parallels between this conflict, and that which occurs in our own world. We see vast areas of forest cut down to make way for houses, or farms. Fuel companies make billions by selling fossil fuels, despite the fact that they are in short supply, and contribute greatly to the rising global temperature. And in more recent times we have the prospect of fracking – fracturing the earth to extract natural gas reserves under our feet.

We also see a difference in the attitudes towards animals between the two factions. The Rohirrim are a culture based around horses, and their love for their equestrian friends is demonstrated through their artwork and decor. Their halls are dotted with horse imagery, and their flags are adorned with the image of a horse.

The dark forces, on the other hand, appear to have more of a dominion over other life. Both Saruman and Sauron are said to “breed” orcs and uruk-hai, rather than having them mate naturally. Both races had elven ancestry, before being twisted by evil experiments to serve the dark powers.

Again, we can relate this to modern debate concerning animal welfare. There are many advocates for better treatment of animals, some in favour of lifestyles such as veganism or vegetarianism, so that innocent animals may be spared. This comes in opposition to the cruel practices of the meat and dairy industries, which raise (often violently) livestock merely for human consumption.

The characteristics of both the free folk and Mordor are also at odds with one another. For example, Hobbits live an idyllic life in the lush countryside, oblivious to the troubles of the larger world. They are known for eating, smoking, and overall merriment.

But Mordor (and Isengard) are a very militaristic culture, intent on domination by creating vast legions of orc soldiers to serve their masters without question. They threaten to destroy the cultures of Middle-Earth, replacing them with a singular way of life, which would have all peoples enslaved by Sauron.

Tolkien experts have said that this represents the coming of the Industrial Revolution. When the world made the push towards mechanisation of labour, it caused a seismic shift in the culture of England. People forsook their quiet life in the country, in order to seek work in the factories of polluted cities. No longer did each village or town have its own distinct identity, as traditional means of craftsmanship made way for mass-produced goods.

The result of this has been the creation of a singular world, in which most countries have lost their sense of identity. Every city has a dozen McDonalds, and every highstreet has both a Costa and a Starbucks. Of course, we can’t really change this back. These changes have been occurring for the past two-hundred years, and it is unlikely that we will ever see a return to traditionalism. 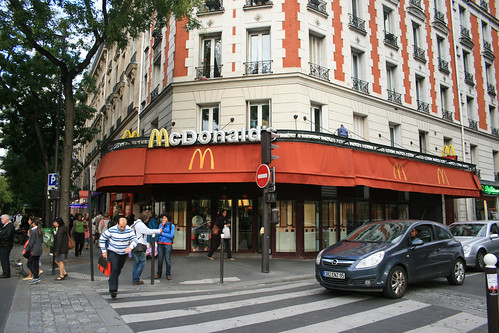 The romantic view of Tolkien’s nature is a beautiful look back at what life without industry might have been. For all the good that has come out of living in a smaller world (we’re now closer to world peace), I wish we could in some way live a more peaceful and idyllic life. It is important for books and films to bring these kind of ideas to our attention, because through art we have a means of questioning our current situation. If more creative works had a strong underlying message, I think we would all be far more aware of the problems in our world.