The lightsaber. An elegant weapon for a more civilised age. We all remember the iconic weapon as the graceful energy sword used by the Jedi Order (and their Sith adversaries). It was beautifully simple. So naturally when Star Wars fans saw the new crossguard design in the trailer for The Force Awakens, many were concerned that it had abandoned the very concept of what a lightsaber should be.

Similar reactions came with the reveal of Darth Maul’s double-bladed lightsaber that featured in the climactic duel in The Phantom Menace.

But these designs barely scratch the surface. Anyone who has seen Star Wars: Rebels will have seen that all the lightsabers shown in the series deviate from the standard hilt.

The first example we see is Kanan’s lightsaber, which comes in two pieces, and must be assembled before use. This is not all that troubling, as there is a good reason for it. Wearing a normal saber hilt on his belt would quickly identify him as a Jedi. 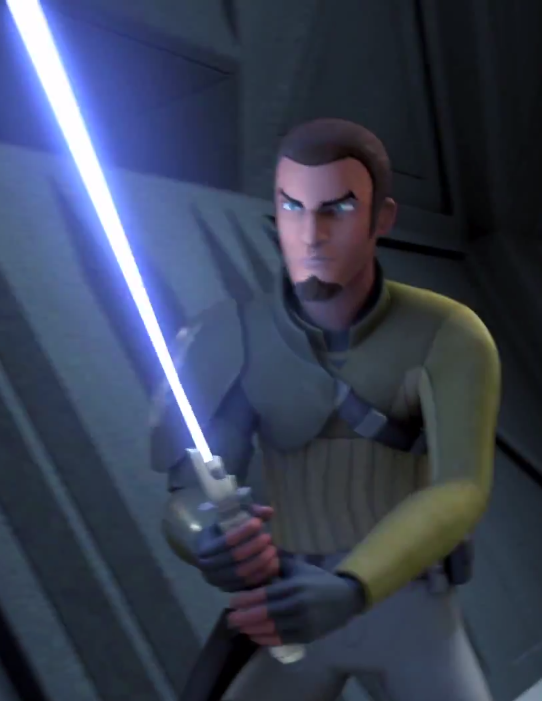 The next design is that of the Inquisitor’s lightsaber, a double-bladed weapon that is able to rotate on a weird gyroscope-type thing. The end product feels a bit cheap, and is more flashy than practical.

But the saber that really annoys me is the one built by Ezra. In addition to being a lightsaber, the hilt also serves as a blaster pistol. This totally goes against Obi-Wan’s assessment of the “elegant weapon” that we all know and love.

Indeed, it seems to trample on everything Obi-Wan says. A lightsaber is, in his own words, “not as clumsy or random as a blaster”, and so to combine the two feels a little bit sick.

This new age of lightsabers, as it seems to have become, drives a stake through the heart of the original movies. The lightsaber is one of the most iconic movie weapons of all time, and that is largely down to its simplicity and elegance.

Of course, we will still have to see what happens in Episode VII. I can’t imagine J.J. Abrams will replace the much-loved weapon with such tacky bullshit, and will hopefully leave it at the weird “crossguard saber”.